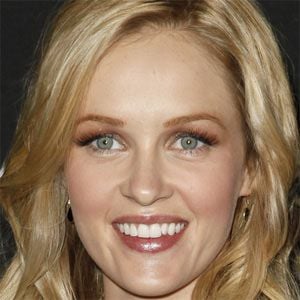 Movie and TV actress best known for her role as Colby Chandler on the soap opera All My Children.

She made her acting debut in the 2003 film Dickie Roberts: Former Child Star with David Spade.

She played Elizabeth Dodd in PT Anderson's 2012 film The Master.

She married movie producer Randall Emmett in 2009. She and Randall had two daughters together named London and Rylee before divorcing.

She once appeared alongside Susan Lucci on All My Children.

Gangster Squad
The Master
We Are What We Are
More