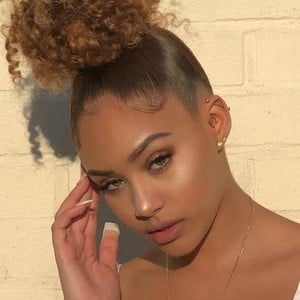 British social media star who has gained massive popularity there for her glamorous selfies and makeup tips. She has been featured in popular magazines like Schon and Wonderland.

She has amassed more than 340,000 followers to her Instagram account. She began modeling when she was just 2 years old.

She celebrated her grandma's passing with a short Instagram vignette in February 2017. In 2018, she dated YouTuber Edwin Onokhua.

She collaborated with Edwin Onokhua AKA EO on the song "Baddest."

Amelia Monet Is A Member Of