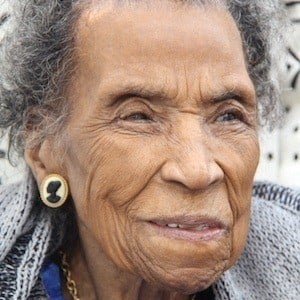 Remembered for her leadership in the Alabama civil rights march that came to be known as Bloody Sunday and led to the 1965 Voting Rights Act, this African-American activist was the 1990 recipient of the Martin Luther King, Jr. Freedom Medal.

In the early 1960s, her home in Selma, Alabama became the headquarters of her state's civil rights movement.

She launched an historic, though unsuccessful, 1964 United States Congressional campaign.

She met her husband, S.W. Boynton, while studying at the Tuskegee Institute.

She and fellow political activist Lyndon LaRouche were founding members of the Schiller Institute.

Amelia Boynton Robinson Is A Member Of