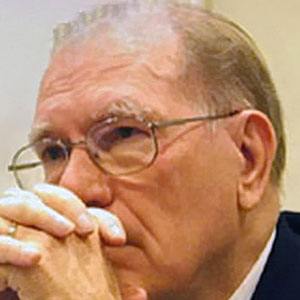 Political activist and founder of the LaRouche movement who has ran for president eight times on the independent ticket. He was known for his controversial opinions including the belief that the September 11, 2001 attacks was an inside job.

He dropped out of Northeastern University in 1942.

He was a key member of the U.S. Labor Party until becoming a Democrat in 1979.

He got married to his second wife, Helga Zepp, in 1977. He had a son, Daniel, from a previous marriage to Janice Neuberger.

Lyndon Larouche Is A Member Of