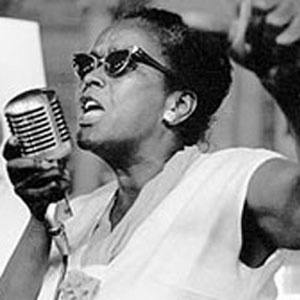 American civil and human rights activist best known for helping found the Student Nonviolent Coordinating Committee. Her career spanned over five decades and she is considered by many to be one of the most important women of the 20th century.

When she was a child, her grandmother told her stories about slave revolts.

She was hired as a secretary for the National Association for the Advancement of Colored People in 1940.

She was the daughter of Georgiana and Blake Baker and had three siblings. She married T.J. Roberts, though they divorced in 1958.

Ella Baker Is A Member Of