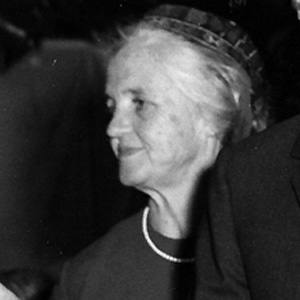 Linus Pauling's wife who, throughout her life, was involved in various social movements including women's rights, racial equality, and the end of nuclear proliferation.

She was influenced by the socialist views of her mother, and through conversations with a friend of the family who was a judge.

She interested Linus Pauling in the cause of nuclear disarmament, which directly led to him winning the Nobel Peace Prize in 1962 for his work on the Partial Test Ban Treaty.

She had four children with her husband and fellow activist Linus Pauling.

She pushed John F. Kennedy and Nikita Khruschev to sign a treaty banning the testing of nuclear weapons.

Ava Helen Pauling Is A Member Of