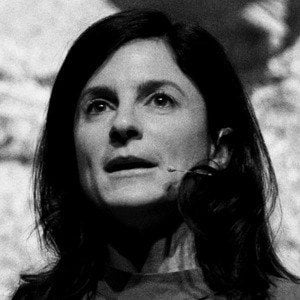 Photographer who is known for her work with National Geographic as a wildlife photographer. She is also a filmmaker and ambassador for Nikon and shares photos and videos from animal sanctuaries and safaris through Instagram for her over 1.2 million followers.

She started specializing in wildlife photography in 2009 after shooting several rhinos. She then started posting photos to her Instagram in October of 2013. She gained further attention when she won her first World Press Photo award that same year.

She received the Daniel Pearl Award for Outstanding Reporting and was also named Magazine Photographer of the Year by the National Press Photographers Association.

She was born and raised in Montana.

She was listed on Instyle Magazine's list of fifty Badass Women which also included Jane Goodall and Ruth Bader Ginsburg.

Ami Vitale Is A Member Of