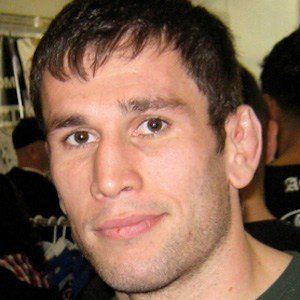 Former mixed martial artist who won season seven of The Ultimate Fighter, despite not having any previous professional fighting experience. He's one of the few fighters to have fought exclusively in the UFC.

After amassing a 4-0 amateur MMA and 3-0 amateur Muay Thai record, he earned the opportunity to join TUF.

Prior to pursuing the sport full-time, he was working as a surgical technologist. He was a WKA Amateur US Muay Thai Champion.

He grew up in Virginia and is of Iranian and Irish descent.

His last fight in the UFC was a decision loss to Yoshihiro Akiyama in 2014.

Amir Sadollah Is A Member Of