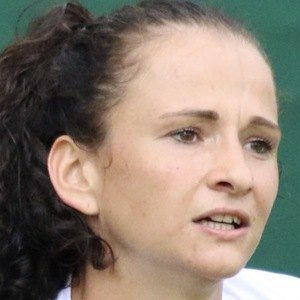 One of her earliest victories was in Davos, Switzerland in June 2008.

She hails from Prilep in Macedonia.

She has been a Swiss tennis player, much like Martina Hingis.

Amra Sadikovic Is A Member Of