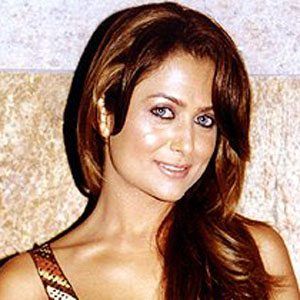 Actress who made appearances in over 22 Bollywood films, including Kambakth Ishq, between 2002 and 2011.

She started her career as a model and actress in music videos before acting in films and becoming a VJ on MTV India.

She was born and raised in Chembur, Mumbai by a malayali mother and punjabi father.

She had two sons with esteemed businessman Shakeeel Ladakh, who she married in 2009.

She is the younger sister of Malaika Arora.

Amrita Arora Is A Member Of