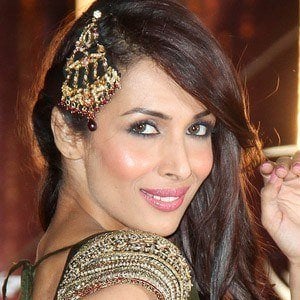 Indian dancer and television personality who has served as a judge on India's Got Talent. As a dancer, she has perfomred for the songs, Chaiyya Chaiyya, Gur Naalo Ishq Mitha, Maahi Ve, Kaal Dhamaal, and Munni Badnaam Hui.

She worked as a model after graduating from Jai Hind college. Her career first took off in 2008 as a film producer, before

She began her career as an MTV India video presenter. She was also the judge and host of the MTV Supermodel of the Year in 2019 and a judge of India's Best Dancer in 2020.

She performed in the music video for A.R. Rahman 's song, "Chaiya Chaiya."

Malaika Arora Is A Member Of