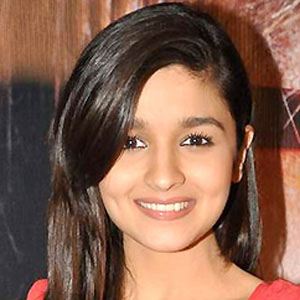 Bollywood actress who had her breakthrough in the 2012 film Student of the Year. She received further critical acclaim for her role in the 2014 film Highway and the 2016 film Udta Punjab. She played Ananya in the 2014 romance comedy 2 States and Kavya in 2014's Humpty Sharma Ki Dulhania.

Also somewhat of a social media sensation, she has amassed over 54 million followed on her aliaabhatt Instagram account.

Her father Mahesh Bhatt is a director and her mother Soni Razdan is an actress. She has an older sister named Shaheen and two half-siblings named Pooja and Rahul. She has been in a relationship with actor Ranbir Kapoor.

She appeared in the 1999 film Sangharsh alongside Preity Zinta.