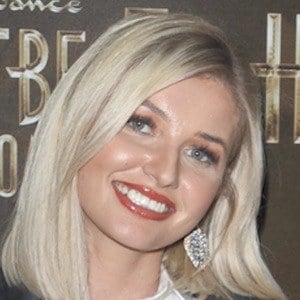 Reality television personality who found fame after being cast on the series Love Island in 2019. She has a significant fan base on Instagram where she posts promo and behind-the-scenes photos for over 1.2 million followers.

She worked as a flight attendant for British Airways.

In 2017, she was named Miss United Kingdom in the Miss Beautiful Pageant System.

She shared a family picture on Instagram in April 2019.

Amy Hart Is A Member Of