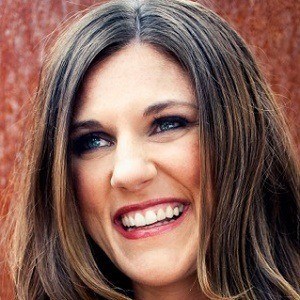 Radio host and entrepreneur who founded Digital Royalty in 2009. She also became a New York Times bestselling author with her book Renegades Write the Rules. She was named one of Arizona's 35 Entrepreneurs 35 & Younger by The Arizona Republic.

She started in account management at an advertising firm and worked for the NBA's Phoenix Suns in 2006.

She was named one of the 20 Best-Branded Women on Twitter by Forbes in 2010.

She was born in Green River, Wyoming, but has also lived in Phoenix, Arizona. She got a BS in marketing at Arizona State University.

Former NBA star Shaquille O'Neal was her first client for Digital Royalty and she helped develop his Twitter presence.

Amy Jo Martin Is A Member Of