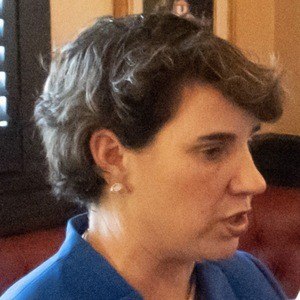 Politician who is recognized for having received the Democratic nomination for Kentucky's sixth congressional district in 2018. The following year she announced her intention to run for United States Senate.

She studied political science at the United States Naval Academy. She went on to become a second lieutenant in the Marine Corps.

In the military she flew a combined total of more than 2,000 flight hours.

She and her husband Erik Henderson have three children.

She announced her intent to run opposite Kentucky's Mitch McConnell in 2020.

Amy McGrath Is A Member Of