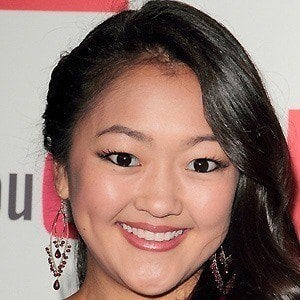 Actress who starred as Tinkerballa in the web series The Guild, and has appeared on shows such as The Middle and Californication.

She started dancing in middle school, and appeared in commercials and music videos as a dancer.

She appeared in an educational short film about the Spitzer Space Telescope in 2010.

She was born in Torrance, California, and is of Japanese descent.

She first appeared in Felicia Day's web series, The Guild, in 2007.

Amy Okuda Is A Member Of