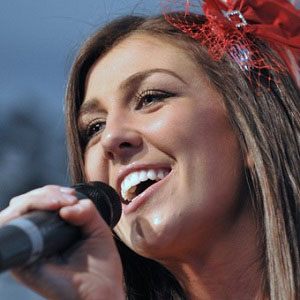 English singer who found success in the 2000's with singles like 'Don't Miss You,' which went Gold. She is also an in-demand songwriter who has penned songs for several popular artists, including Eva Avila and Demi Lovato.

She got her start with the production company P.O.E.T Productions. She later moved to Australia and signed with SonyBMG at age 18.

She won an APRA Award for Dance Work of the Year for writing the smash hit single "Freefallin'," performed by Zoe Badwi.

She was born in Birmingham, England.

She recorded the song "We Both Know" with Australian Idol winner Guy Sebastian in 2006.

Amy Pearson Is A Member Of