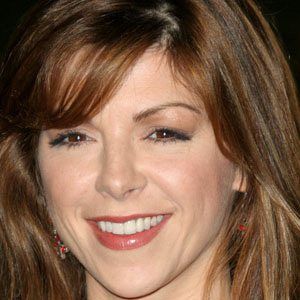 She held a role in the comedy series Caroline in the City as Annie Spardo.

She planned on becoming a professional ballerina but changed life directions when she realized the income would not be high enough.

She married Kenneth Alan Williams in 1997 in her hometown.

She had a guest appearance in the drama series Bones, starring Emily Deschanel.

Amy Pietz Is A Member Of