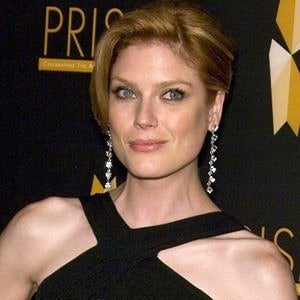 British-Canadian actress who played the role of Jessica King in the Showcase drama King. She won a 2012 ACTRA Award in the Outstanding Performance for the role.

She graduated from the National Theatre School of Canada.

She has also appeared in films such as Invitation and Alien Tracker.

She was born to her family in England but was raised in Toronto, Canada.

She appeared in the 2005 film Cake, starring Heather Graham.

Amy Price-Francis Is A Member Of