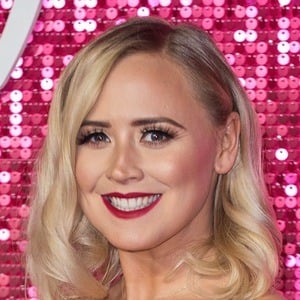 Actress who began playing Tracy Shankley on the British soap opera Emmerdale in 2014. She previously played Jenifique McQueen on the soap opera Hollyoaks.

She played Prissy Polly in Horrid Henry: The Movie in 2011 and, the following year, Princess Fiona in the West End production of the animated movie Shrek.

Her character on Emmerdale was originally intended to be a guest spot, but she was so well-liked by the producers of the show that they decided to make her a regular.

Her sister is Girls Aloud singer Kimberley Walsh. She also has a sister named Sally and a brother named Adam.

She has shared the screen with Emma Atkins on Emmerdale.

Amy Walsh Is A Member Of