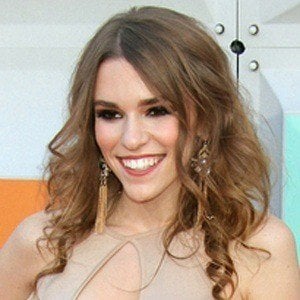 Self-taught dancer and choreographer who established herself as a Vine video phenomenon, earning more than 4.2 million followers. She starred in a YouTube Red original movie called Dance Camp.

Her first video on Vine was a stop motion video called "Dylan and I spend Monday nights productively. She posted it on March 18, 2013. She posted videos of her dog and cat in her early days on Vine.

She is popular on YouTube, where she posts dance videos and video blogs to more than 500,000 subscribers.

She is from a small town in Ohio. She became close friends with Viner Logan Paul.

Amymarie Gaertner Is A Member Of