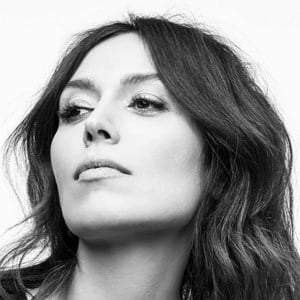 Vocalist for the Portuguese group Deolinda that is inspired by fado and traditional origins. She has also been a part of groups called Tricotismo (2003-2006) and Lupanar (2001-2006) in addition to releasing solo work.

She started singing and playing the guitar at age 15.

She studied modern languages and literature in college. She earned a postgraduate degree in documentary sciences.

She participated in a tribute concert for Joni Mitchell.

Ana Bacalhau Is A Member Of