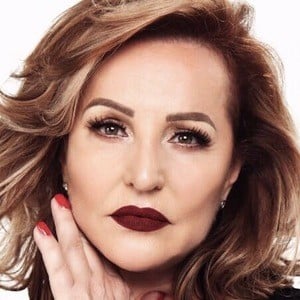 Gordana-Nadežda Polić, known by her stage name Ana Bekuta, is an incredibly successful Serbia pop-folk singer who has released more than a dozen successful albums since her career began in 1985.

She earned her first live singing gig by accident after the permanent singer at the venue became sick and she was forced to fill in. This launched her first several years performing in hotels throughout Yugoslavia.

Her big break came in 1985 when she joined the band Koktel 5.

Born to Milice, a cook, and Branka, a farmer, she grew up alongside her sisters Dobrila and Milina in Priboj, Serbia. She began a relationship with Serbian socialist Milutin Mrkonjić in 2012.

She and Zorica Brunclik are well-known Serbian singers who reached their height in the 1980s.

Ana Bekuta Is A Member Of