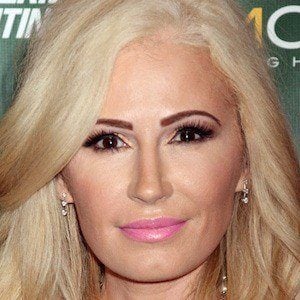 Brazilian model who has been featured in various editions of Playboy in countries around the world, including Brazil, Venezuela and Romania. Additionally, she has worked as a professional dancer and performed alongside artists like Charo.

She did print and runway modeling in Brazil before moving to the United States in the 90's.

She is a vocal advocate for pet adoption and has personally adopted a large number of dogs and cats.

Her mother, aunt and grandmother were also models.

She performed with Pitbull and Lil Jon at the 2003 Vibe Awards.

Ana Braga Is A Member Of