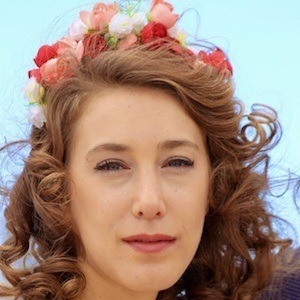 Screen and stage actress who has become most well known for her recurring roles in Ciega a citas, Sr. y Sra. Camas, and Buscando a X. She has also starred in feature films like The German Doctor and Veredas.

She began her acting career in 2003 in the Telefe television series Disputes.

A successful theatre star, she has appeared in productions of Juegos a la hora de la siesta, Rosa Mística, and ONJ.

Her parents, Mirta Busnelli and Axel Pauls, are both actors. She has four famous brothers, Alan, Nicolas, Gaston, and Cristian. She was in a relationship with actor Clemente Cancela from 2011 until 2016.

In 2016, she acted in the film Permitidos alongside Lali Esposito.

Ana Pauls Is A Member Of