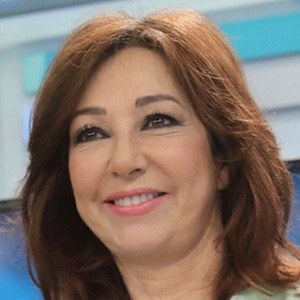 Spanish journalist and television presenter. She is best recognized for the show El Programa de Ana Rosa which she started in 2005 on the Telecinco network. She is also known for her wide range of radio appearances as well.

She is also a writer who published her first book Sabor a Hiel which she published in 2000.

She often shares photos with her fraternal twin daughter and son to her Instagram.

Other journalists also known for their work with the Telecinco network include Isabel Jimenez and Nuria Marin.

Ana Rosa Quintana Is A Member Of