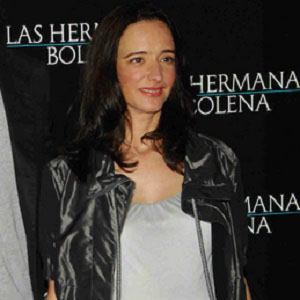 Notable for her roles in the English-language feature The Other Boleyn Girl (as Catherine of Aragon) and in the Spanish film Blood & Sand (as Carmen Espinosa), she is also known for her Goya Award-nominated portrayal of Angela in the 1996 movie Tesis.

She made her cinematic debut at the age of seven in the Spanish movie El Espiritu de la Colmena.

She won a Montreal World Film Festival Award for her performance in El Nido (1980) and a Toulouse Cinespana honor for her work in Yoyes (2000).

Her The Other Boleyn Girl co-stars include Scarlett Johansson and Natalie Portman.

Ana Torrent Is A Member Of