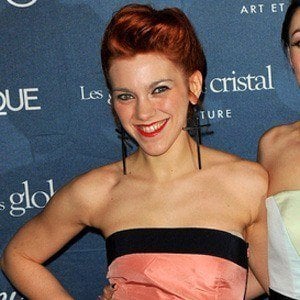 French singer and comedienne best known for her roles in musical theatre. She provided the voice of Elsa from Disney's Frozen in the French and French Canadian dubs of the film.

She studied performance at the conservatory of Maurice Ravel and dance at Studio Harmonic when she was young.

She was born in Bar-le-Duc, France.

She voiced Elsa in the French version of Frozen. Idina Menzel voiced the original character.

Anais Delva Is A Member Of