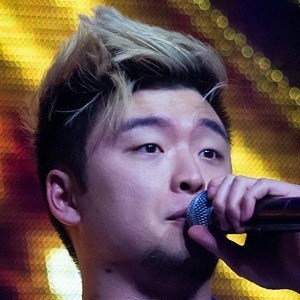 Member of the Russian pop group MBAND, which rose to fame in 2014 with their hit debut single, "She Will Be Back." The group went on to win numerous awards, including the Nickelodeon Kids' Choice Award for Russian Musical Breakout of the Year in 2015.

He earned his spot in MBAND in 2014 after competing under the command of Sergey Lazarev on a reality show created by Konstantin Meladze.

In 2016, MBAND released their debut album, No Filters, and followed with the album Acoustics.

He was born to Vasiliy and Zoya Tsoy in Taldykorgan, Kazakhstan.

Anatoliy Tsoy Is A Member Of