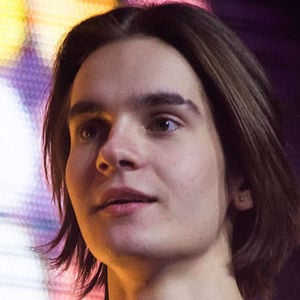 One third of the Russian pop group MBAND. The group has released numerous popular singles since their debut in 2014.

At thirteen years old, he competed on the reality competition series The Voice Kids Ukraine.

Nyusha was featured in MBAND's music video for the single "Try... Feel."

Nikita Kiosse Is A Member Of