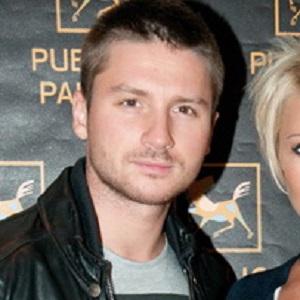 Russian pop singer who gained fame as a member of the boy band Smash!!. He later embarked on a solo career with albums like TV Show and was named MTV's Artist of the Year in 2008. He represented Russia in both the 2016 and 2019 Eurovision Song Contest.

He was an aspiring gymnast who sang in the children's band Neposedi.

He won the circus act reality series Circus of the Stars in 2008.

His brother Pavel died in a car accident in 2015. He has a son named Nikita and a daughter named Anya.

He collaborated with singer and rapper T-Pain on the 2013 single "Cure the Thunder."

Sergey Lazarev Is A Member Of