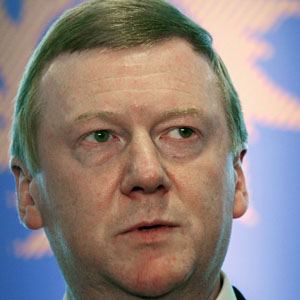 Politician responsible for the privatization of Russia who was also the head of the Russian Nanotechnology Corporation. He held the position of First Deputy Prime Minister of Russia from 1994 to 1996 and then again from 1997 to 1998.

British magazine Euromoney named him the World's Best Minister of Finance in 1997.

He was a highly influential member of the Boris Yeltsin administration.

Anatoly Chubais Is A Member Of