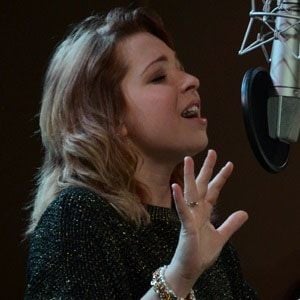 Born Andree Anne Leclerc and better known by her stage name Andee, this French Canadian vocalist rose to fame by securing a finalist spot on the Star Academie talent competition and by touring internationally with a cover band called Akasha. She went on to record a solo album, along with the singles "Sorries," "Never Gone," and "We Are Gold."

By her late childhood years, she was able to write music and to play both the guitar and the piano. She later studied jazz and pop vocal styles at the Cegep de Drummondville in Quebec.

Her song "We Are Gold" was featured in Canadian television coverage of the Winter Olympics in 2014.

Fluent in both French and English, she grew up in Saint Jean Chrysostome, Quebec, Canada.

After appearing on Star Academie, she collaborated with Simple Plan guitarist Sebastien LeFebvre.

Andee Is A Member Of