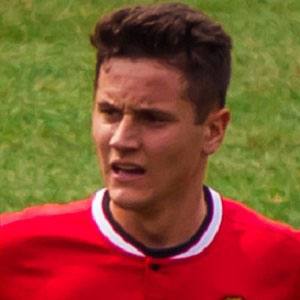 Midfielder who joined Athletic Bilbao in 2011 and helped lead the team to second place in the Copa del Rey in 2012. After three years with the club, he signed with Manchester United in 2014.

He began his youth career with Zaragoza in 2004, then made his senior debut for the team in 2008.

He helped Spain's U-21 team win the UEFA European Under-21 Championship in 2011.

He was born and raised in Bilbao, Spain. His father is former Zaragoza midfielder Pedro Maria Herrera.

He and Javi Martinez both played for Athletic Bilbao.

Ander Herrera Is A Member Of