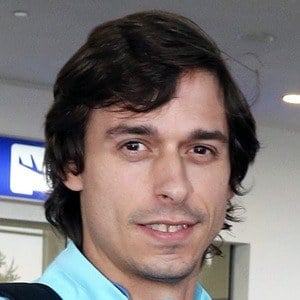 Defensive midfielder who joined Athletic Bilbao in 2008 and became a member of Basque Country's national team in 2011.

He began his youth career with CP Matiena and debuted professionally for Baskonia in 2007.

He was born in Abadino, Spain.

Ander Iturraspe Is A Member Of