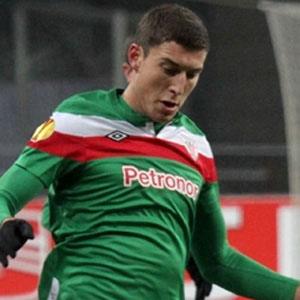 Midfielder and defender who made his professional debut in 2007 Alaves B and signed with Athletic Bilbao in 2009.

He played youth soccer for Alaves.

He was born in Laguardia, Spain.

Midfielder Javi Martinez was his teammate on Athletic Bilbao.

Óscar Demarcos Is A Member Of