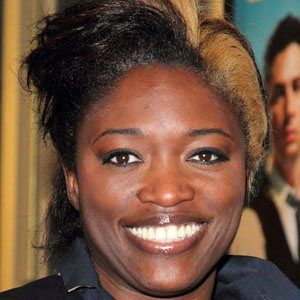 Known for her performances at such renowned venues as the Comedy Store (Los Angeles, U.S.A.), the Pleasance Dome (Scotland), and Jongleurs (England), this popular comedienne also had a career as a stage and screen actress, appearing in English productions of Medea and Yellowman and in such television series as Doctors, Waking the Dead, and Casualty.

In the early years of her comedy career, she worked a day job as a receptionist and spent the evenings performing her stand-up act.

She grew up in east London as the daughter of Nigerian immigrants.

Andi Osho Is A Member Of