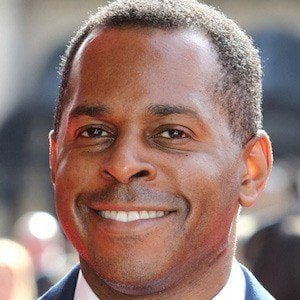 He attended Emmanuel School and started hosting the children's show The Broom Cupboard in 1989.

He had a minor role in Toy Story 2. He appeared in Men's Health magazine in 2007 and owns a modeling agency.

He has a brother named Johnny and a sister named Rebecca.

Andi Peters Is A Member Of