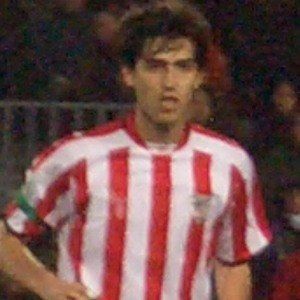 Spanish right back who has played for New York FC. He was a product of Athletic Bilbao's youth program and became known for taking penalties and free kicks.

He made his first career debut for Bilbao against Barcelona at 21 in 2003.

He made 510 appearances and 38 goals during his 12 seasons playing for Bilbao.

He is from Usurbil, Spain, but has also lived in the U.S.

He was expected to make the UEFA Euro 2012 qualifiers but was beat out by Athletico Madrid's Juanfran due to injury.

Andoni Iraola Is A Member Of