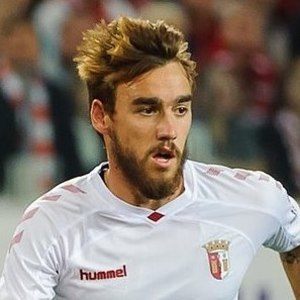 Portuguese soccer player who has gained fame playing midfieder for the American club Los Angeles FC.  He has also played for Braga, Benfica, and more.

He played his youth soccer for Benefica and Vitoria Setubal.

His brother Ricardo Horta is also a professional soccer player.

He has play alongside Carlos Vela, Laurent Ciman, and Lee Nguyen.

André Horta Is A Member Of