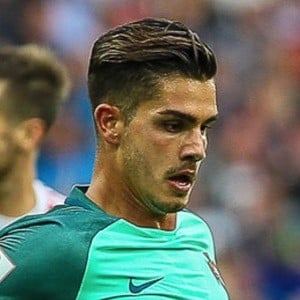 Professional soccer player who joined AC Milan in 2017 and played for Sevilla FC on loan starting in 2018. He began his senior career in 2013 playing for the FC Porto B-team; he was brought up FC Porto's first team in 2015.

He was selected for the 2017 FIFA Confederations Cup.

His father is Álvaro Silva.

He has played alongside goalkeeper Iker Casillas on FC Porto.

André Silva Is A Member Of