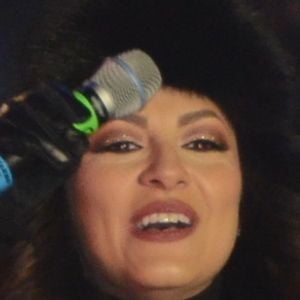 Romanian singer whose 2007 album De la Frate la Soră was certified Platinum. She has also served as a judge on the talent show Românii au Talent and the presenter of television shows like Singuri cu Vedeta and O-la-la.

She sang Whitney Houston's "I Will Always Love You" on the show Tip Top Monitop at age 7. Her self-titled debut album was released when she was 14.

Her full name is Alexandra Irina Măruță. She married television host Cătălin Măruță in 2008 and has children named David and Eva.

She has collaborated with Romanian composer and producer Marius Moga.

Andra Is A Member Of