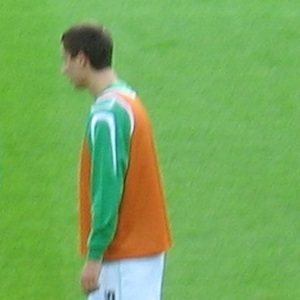 Soccer player who has competed as a striker for clubs like FC Basel, NK Interblock and the Slovenian national team. He won back-to-back Swiss Super League titles with FC Basel in 2016 and 2017.

He spent the early part of his youth career with NK Olimpija Ljubljana.

He tied with Jean-Philippe Mendy and the Rok Kronaveter as the top goal-scorer for the Slovenian PrvaLiga 2015-16 season.

He is the son of soccer player Miha Šporar.

He has played with defender Florian Dick on Arminia Bielefeld.