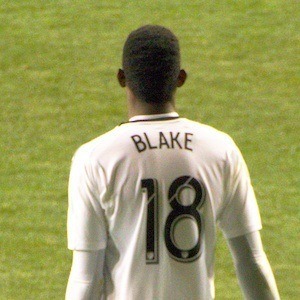 Goalkeeper who joined the Philadelphia Union and the Jamaican national team in 2014. He was first overall in the 2014 MLS SuperDraft for Philadelphia.

He played for UConn for three years before signing with Generation Adidas in contract with Major League Soccer.

He debuted with the Jamaican senior national team on March 2, 2014 versus Barbados, a two to nothing win. He won the 2014 Caribbean Cup that same year, and two Golden Gloves to go with it.

He was considered the best goalkeeper in the country of Jamaica but left so he could work hard and change his family's life.

He and Raheem Sterling are both soccer players from Jamaica.

Andre Blake Is A Member Of