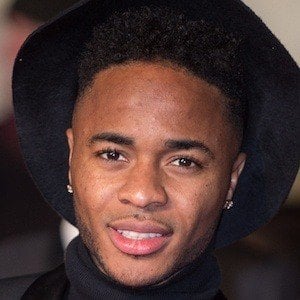 Jamaican soccer winger who joined Liverpool and received his first cap as a member of the English national team in 2012.  In 2015, he would join Manchester City.

He began his youth career with the Queens Park Rangers at age 10.

He was born in Kingston, Jamaica. He was raised by a single mother, the two of them relocated to London when Raheem was a child. He got engaged to Paige Milian in 2018. They have two sons together named Thiago and Thai-Cruz. He also has a daughter named Melody from a previous relationship.

He became teammates with longtime Liverpool star Steven Gerrard in 2012.

Raheem Sterling Is A Member Of