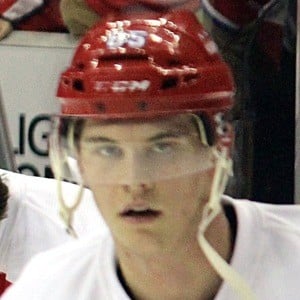 Known for his gifted and flashy offensive game, this forward was drafted 23rd overall in 2013 by the Washington Capitals.

He played for the Malmo Redhawks in the J20 SuperElit.

He joined the Erie Otters in the Ontario Hockey League in 2013.

His father Robert Burakovsky was a center for the Ottawa Senators.

Andre Burakovsky Is A Member Of