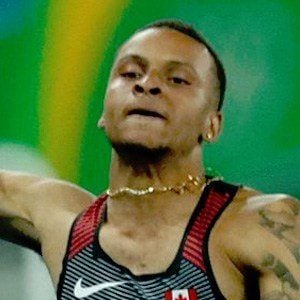 He attended Miliken Mills High School and started running his junior year. He attended Coffeyville Community College for his first two years before transferring to USC where he also competed collegiately.

He was born in Scarborough, Ontario to parents Beverley and Alex. His mother was also a high school sprinter.

He and former runner Donovan Bailey became the first two Canadians to run the 100 m in under 10 seconds.

Andre De Grasse Is A Member Of