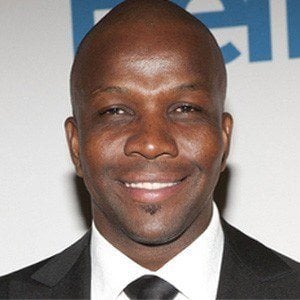 Canadian track-and-field Olympic athlete who was formerly the world's fastest man. He specialized in the 100 meters.

He was a stockbroker before training to be a world-class sprinter.

He won two gold medals and set a new world record at the 1996 Olympics in Atlanta.

He married Michelle Mullin in 2004 and he has a daughter named Adrienna Bailey. His half-sister acted on Canada's Little Mosque on the Prairie.

His hundred-meter time at the Atlanta Olympics has been beaten only by Usain Bolt and one other person.

Donovan Bailey Is A Member Of