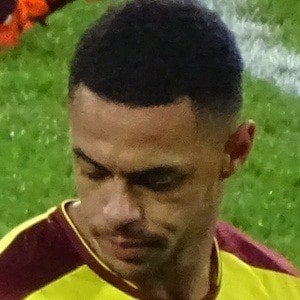 Striker who made his senior career debut in 2009 for Shrewsbury Town; he has also played for Luton Town, Brentford and Burnley. He was a member of England C's National team from 2012 to 2014. He joined Watford F.C. in 2017.

He played his youth soccer at Shrewsbury Town before joining the club's senior team.

He began a relationship with pop singer Leigh-Anne Pinnock in 2016. In May 2020, he and Pinnock got engaged. They welcomed twins in August of 2021.

He and Luke Rodgers both began their careers with Shrewsbury Town.

Andre Gray Is A Member Of