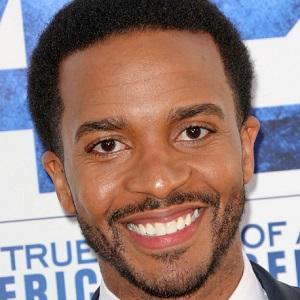 After appearing as Marshall Malloy in the NBC series 1600 Penn, this screen actor assumed the role of journalist Wendell Smith in the sports movie 42: The True Story of an American Legend.

After graduating from Florida State University, he received his Master of Fine Arts degree in Acting from New York University's Tisch School of the Arts.

His New York stage credits include acclaimed performances in The Whipping Man and The Blue Door.

He was born in Bessemer, Alabama, and he later settled in New York City.

In the 2015, Brad Pitt-produced film Selma, Holland was cast in the role of United States Congressman and United Nations Ambassador Andrew Young.

42
Moonlight
A Wrinkle in Time
More